In case of a claim

In case of health problem

Find us on social media

We collect and process your personal data.
In order to secure your GDPR rights, we are asking you for your consent. We will use the data to ensure your better experience on our websites. If you click the Accept all button, you will give your consent to us and to all third parties described in details in Personal Data Protection and Cookies settings.

Management board Supervisory board 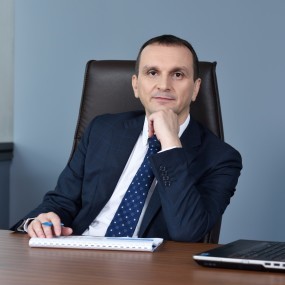 Kosta Cholakov has been Management Board Chairman and Chief Executive Officer of DZI since 2013.

In the period 2011-2019 he was Management Board Member of the Association of Bulgarian Insurers (ABI), and currently holds a membership position in the Board of Trustees of the National Academy for Theatre and Film Arts (NATFA).

Mr. Cholakov is fluent in English and Greek. 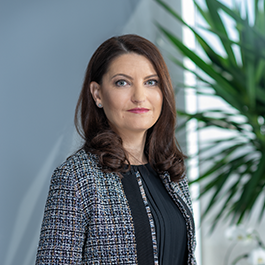 MB Member and Executive Director for General and Corporate Insurance

Bistra Vassileva is the Executive Director for General and Corporate Insurance of DZI, part of KBC Group.

She holds a MA degree from the University of National and World Economy, as well as an insurance diploma from the Chartered Insurance Institute.

Her professional career started at AIG, went through Marsh & McLennan Companies, and since February 2018 she has been a member of DZI Management Board. 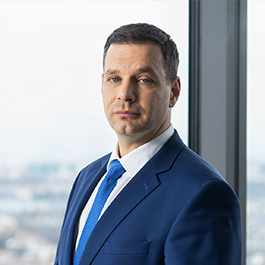 MB Member and Executive Director for Banking and Life Insurance

Evgeni Benbasat is the Executive Director of DZI in charge of banking and life insurance.

Evgeni Benbasat is the Executive Director of DZI in charge of banking and life insurance.

He started his career in the field of insurance in 2000 by holding top management positions at AIG Life, MetLife, and before joining the DZI team he was Chief Executive Officer of UBB MetLife. Evgeni Benbasat has long-standing experience and expertise in life insurance, insurance, banking insurance as well as in business development, consulting and management. 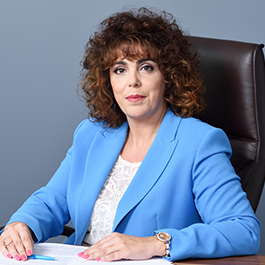 Diyana Stoinova is Member of DZI Management Board and DZI Chief Commercial Officer.

She holds two Master’s Degrees - one at the Technical University, Sofia city (1993) in Computer Systems and Management, and another - at the Academy of Economics, Svishtov town (2004) in Insurance; she specialized in Swiss Re and Financial Management at the University of National and World Economy, Sofia.

Over the period 2010 - 2014 she was Member of the Management Board of the Guarantee Fund and Member of the ABI Motor Insurance Commission.

She is fluent in English and Russian. 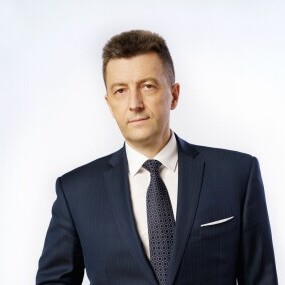 Peter Andronov was Management Board Chairman and UBB AD’s Chief Executive Officer until March 2021. He assumed this position as from the acquisition of UBB by the Belgian financial group KBC in June 2017 up until March 2021.

His career at KBC Group started in July 2007 when he was appointed Executive Director of CIBANK. In March 2008 he became CEO, while since March 2011 he has been Country Manager of KBC Group for Bulgaria. Peter Andronov’s career path involves series of positions in the private banking sector and the BNB. Over the 2002 – 2007 period he was Director General of Banking Supervision Department at the Bulgarian National Bank. From 2003 until May 2007 he was Management Board Member of the Reserve Guarantee Fund. He participated in the elaboration of the currently effective legislation on banking supervision, including the Credit Institutions Act, the Act on the Additional Supervision on Financial Conglomerates, the BNB Ordinances on supervisory activities, guidelines etc. He is also member of the BNB Investment Committee. Over the period 2005 – 2007 Peter Andronov was observer and member of the European Banking Committee and of the Committee of European Banking Supervisors at the European Commission. At the same time he was also an observer and member of the Banking Supervision Committee at the European Central Bank. On behalf of the Bulgarian government he led the negotiations in the domain of banking for Bulgaria’s accession to the European Union.

Peter Andronov is a three-time winner of the Banker of the Year award, as well as of the Manager of the Year and Burov Prize for bank management, Mr. Economy and many others. He is a bearer of the Order of the Crown of the Kingdom of Belgium. 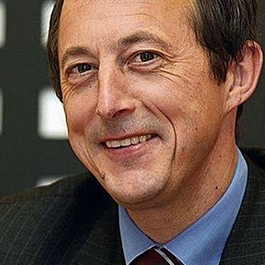 Deputy Chairman of the Supervisory Board

Johan Daemen is Vice Chairman of the Supervisory Board of ČSOB Insurance – Czech Republic. 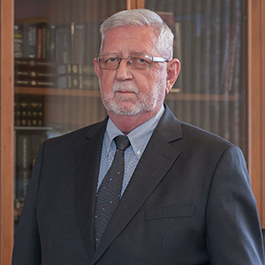 Independent Member of the Supervisory Board

Assoc. Prof. Grigorii Vasov, PhD has been Rector of the Higher School of Insurance and Finance (VUZF) since 2008. In 2016 the WUZF Board of Trustees awarded him with the President and Rector Emeritus honorary title. He was VUZF President from 2005 to 2017 and Chairman of the Board of Trustees from 2002 to 2017.

He is Executive Director of the VUZF Research and Development Laboratory (VUZF LAB) and General Secretary of the High School Rectors’ Council in the Republic of Bulgaria.

Since 2015 he has been Member of the Supervisory Board of DZI - General Insurance JSC and DZI - Life Insurance JSC, part of KBC Group.

In 2015 he was elected Member of the Fiscal Council of Republic of Bulgaria. Between 1998 and 2010 he was Dean of the Finance and Accounting Faculty with the University of National and World Economy.

Since 1994 he has been Managing Director of Vazov Institute EOOD.

From 1991 to 1994 he held the positions of Advisor to the Minister and Deputy Minister of the Ministry of Industry, Commerce and Services. He was Member of the Board of Directors of the International Bank for Economic Cooperation, the International Investment Bank and the Bank Consolidation Company.

His scientific interests are in the field of Macro-Economics, Finance Theory, Corporate Finance, Management Theory. He has authored more than 100 scientific publications, including a monograph, three text books, a series of studies, articles, contributions, reviews, R&D works.

He is an Honorary Citizen of Sopot Municipality.